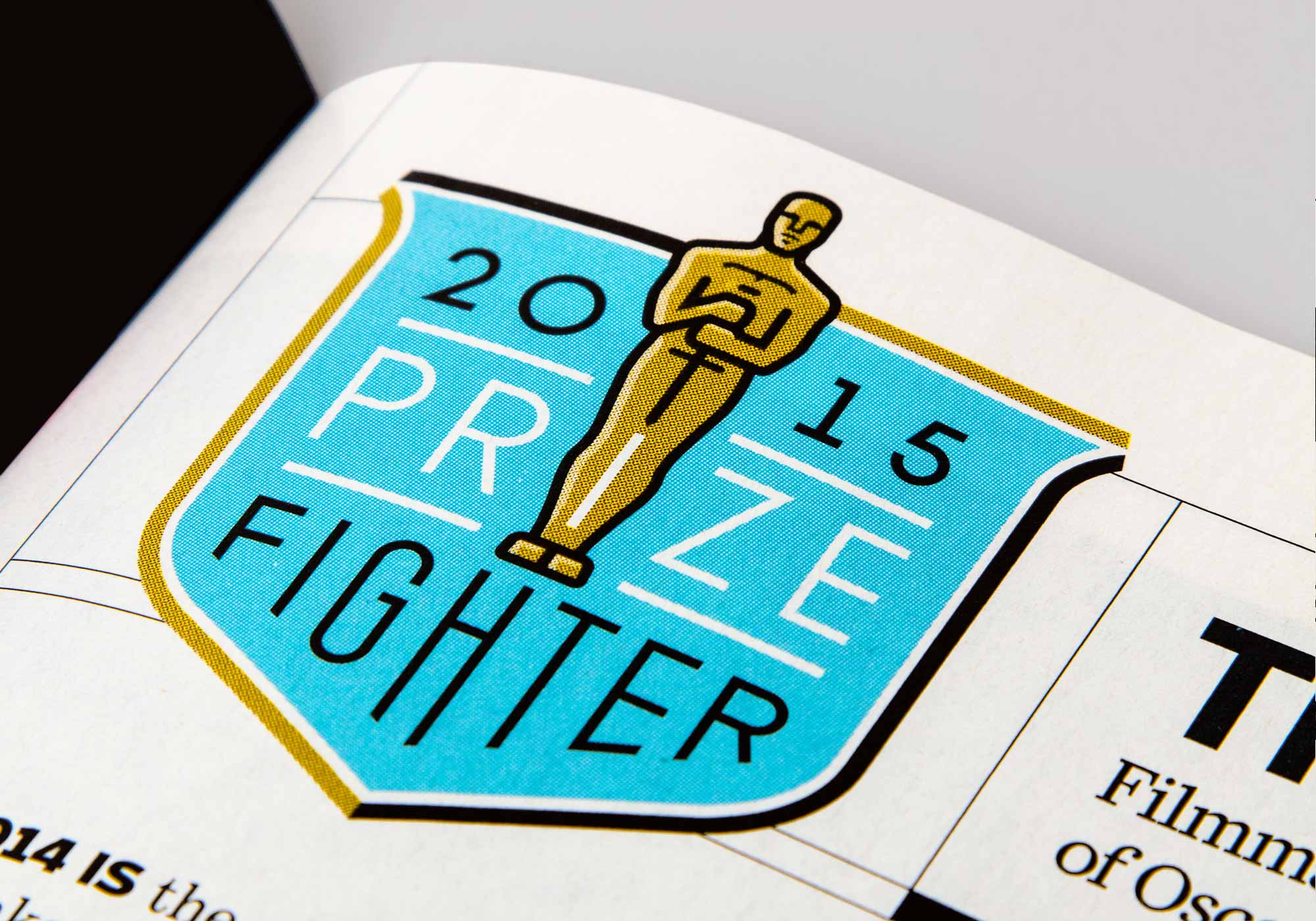 Entertainment Weekly needed a system of iconographic-driven logos representing the three major entertainment award shows – the Oscars, the Grammys and the Emmys (sorry, Tonys). Each version had to have “Prize Fighter” attached to it. EW was running a series of features comparing various nominees within the categories of each award since they’d be “fighting” one another for entertainment supremacy.