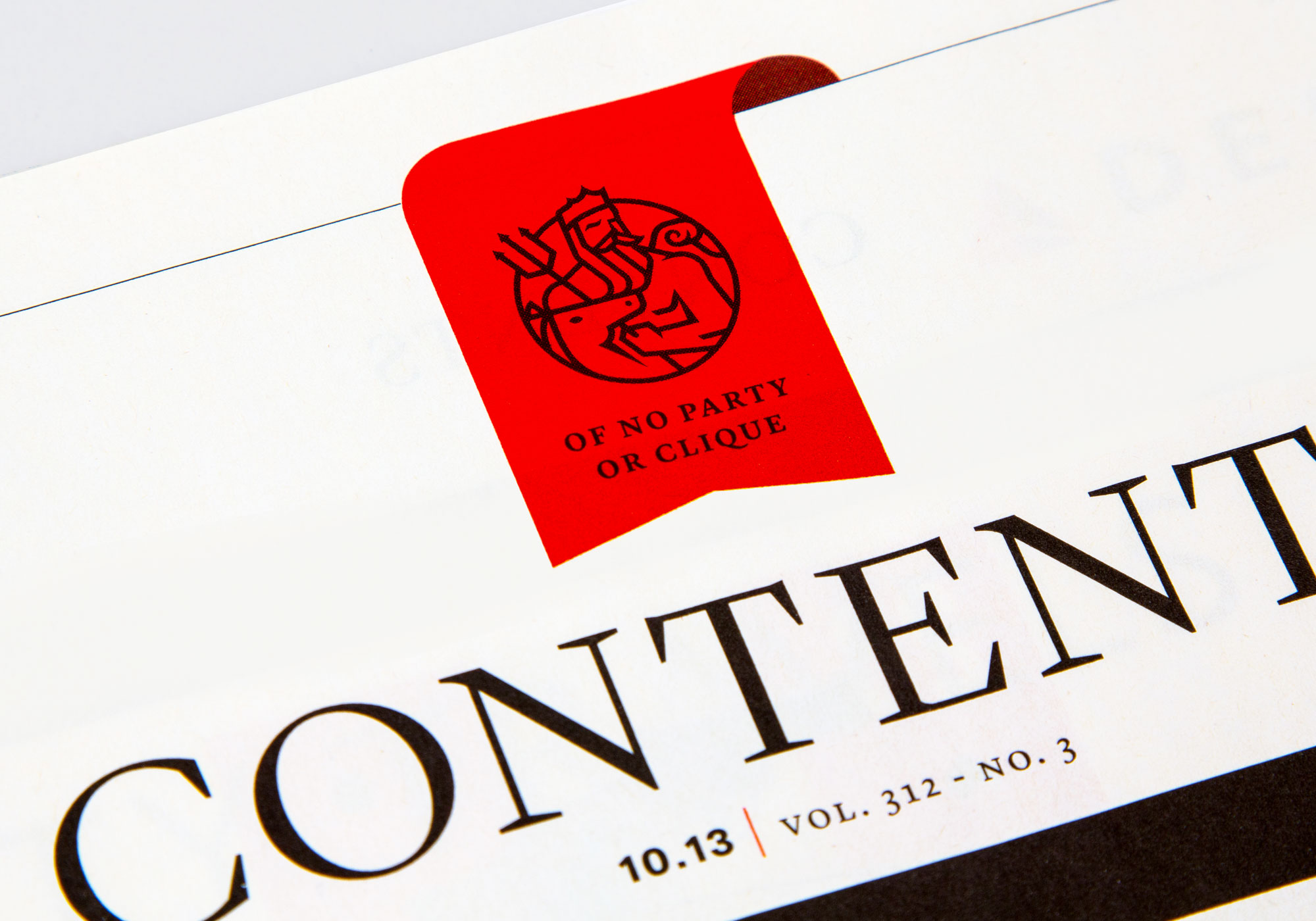 In 2013, The Atlantic was undergoing a rebranding of the magazine. Creative director Darhil Crooks had a vision for reviving and modernizing an old symbol of Poseidon the magazine had used off and on for more than 100 years. The goal was to create a version of Poseidon that was scalable and fresh but still harkened back to the old iterations of the mark. The final solution became a colophon used through each print and tablet issue.