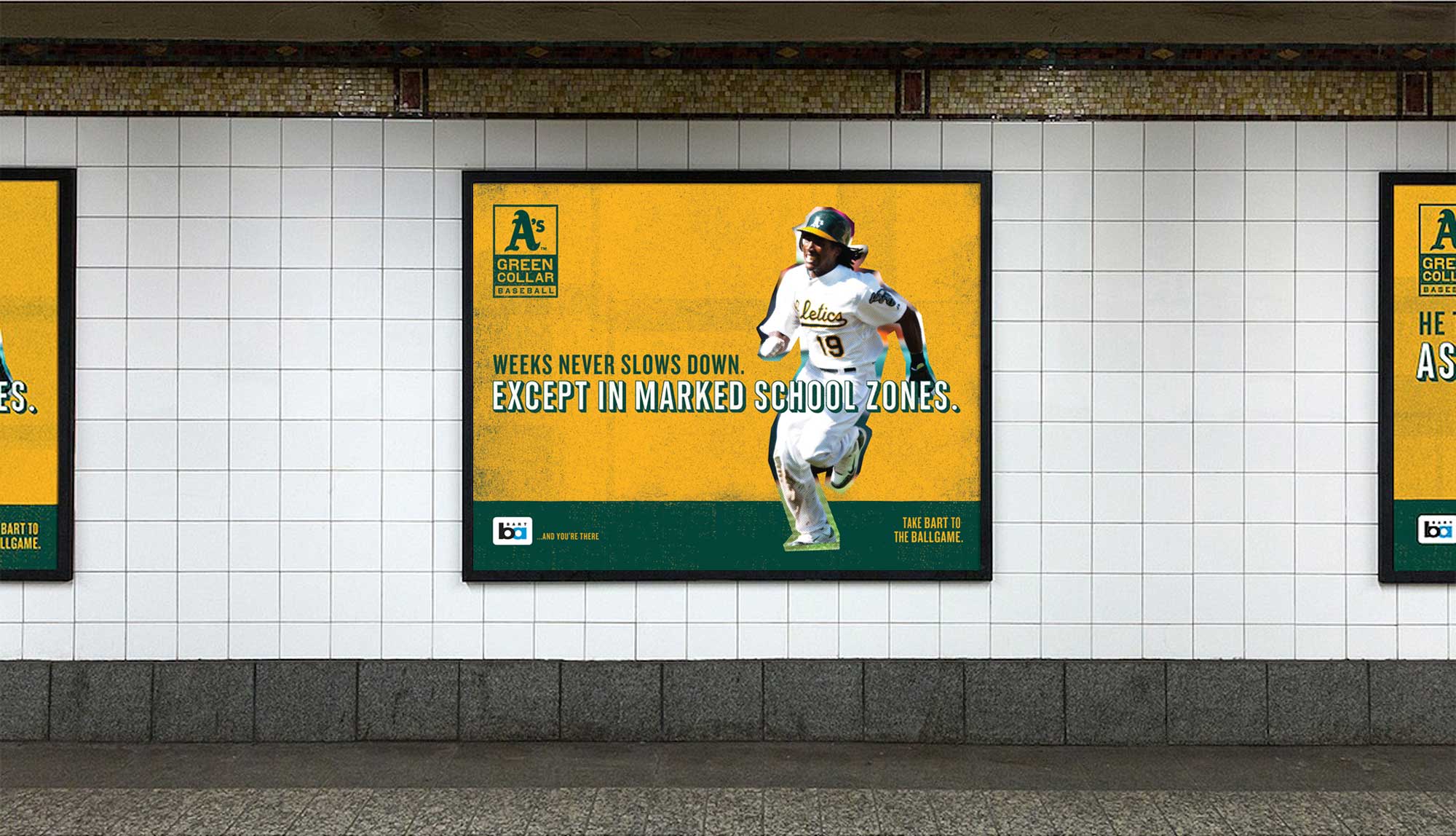 If you’ve seen Moneyball, then you know the Oakland A’s backstory with Billy Beane. Marketing for the 2012 season provided the same challenges that typically face the A’s – how do you sell a gritty team with virtually no superstars? In the end, the 2012 season became a memorable one for Oakland fans. The team rallied from 13 games back to win their division and make the playoffs. I like to think this campaign played a small role in the team’s success.